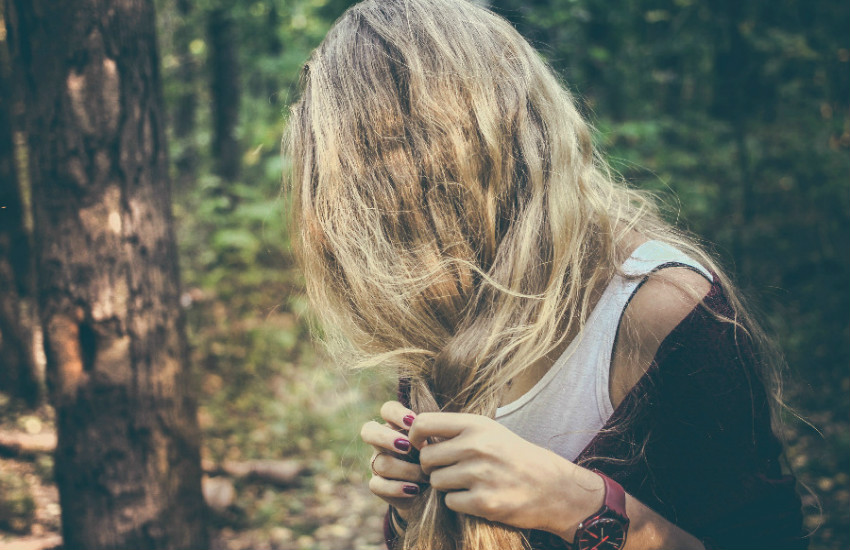 How To Make Hair Mask For Dry Hair & Healthy Snack At The Same Time!
Does your hair look rough with split ends and messy and it seems it hasn’t been combed for days? Then you have plenty of reasons to use a hair mask. Do you feel your hair craving for a hair mask for dry hair? Then your hair is really thirsty. Here you go, three yummy home remedies for dry hair to choose from!
View Post 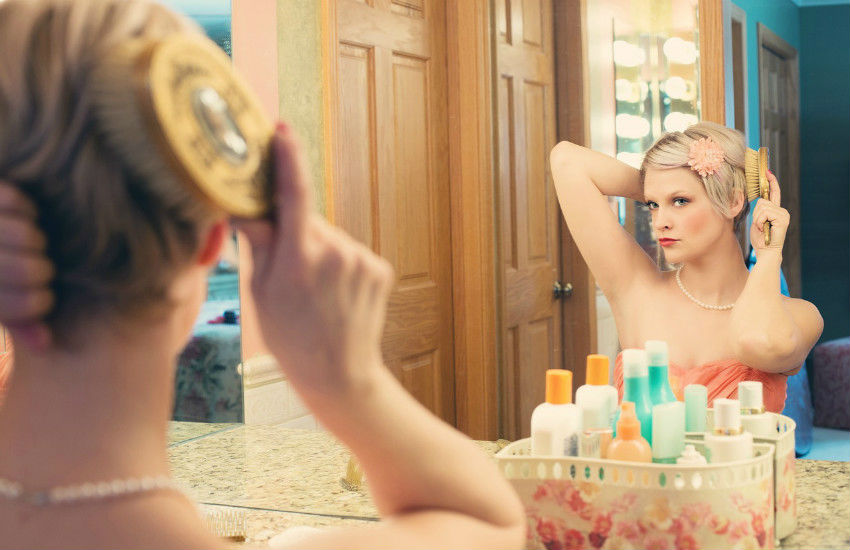 Hair Growth Vitamins Deficiency? Look In The Mirror!
What's the big secret to healthy and beautiful hair? Well, it's not a secret anymore, but it's big alright! Did you know that the look of your hair and scalp can indicate hair growth vitamins deficiency? Isn’t this remarkable? Your good health depends mostly on a balanced diet consuming all the essential nutrients like vitamins, minerals and proteins (ok, and a little bit of exercise!).
View Post
To top

To Hair With Love / HAIR CARE  / Beautiful Hair  / Do You Fancy ’70s Hairstyles? Groove Is In The Heart!

Do You Fancy ’70s Hairstyles? Groove Is In The Heart! 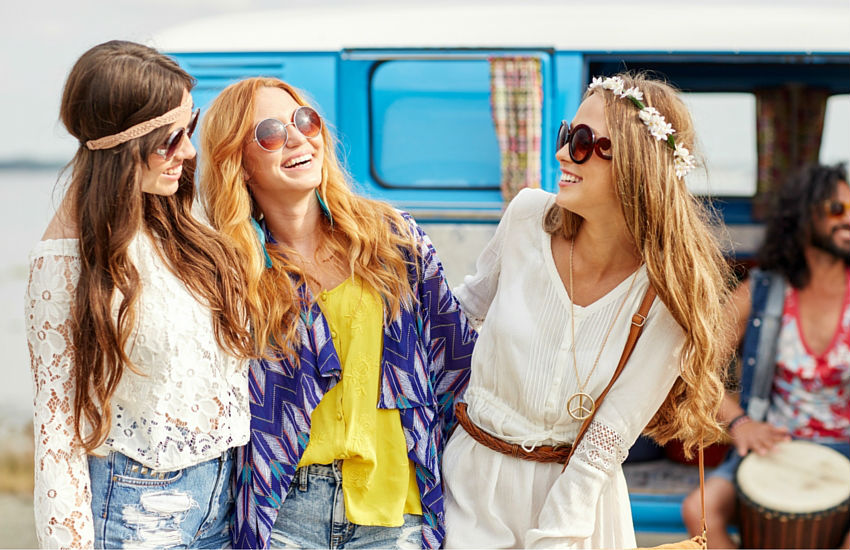 If I asked you which are the most famous ’70s hairstyles, which ones would you think of? I can think at least a dozen of them! Quite a lot for one decade, don’t you think?

(ok, I finally made it to 16 hairstyles! I have them all together below in the slider!)

Oh, no dear, I don’t have a personal experience! Ok I’m old…but not that old!

Over the decades, we have seen so many images of women in movies, music, fashion, politics that really had a strong impact in the 1970s.

These women influenced other women with their style and eventually became icons over the course of time. Like Farrah Fawcett, Debbie Harry, Donna Summer, Jane Fonda, Marsha Hunt.

The ’70s was a transformative era in so many levels.

Different subcultures of hippies, rockers and rebels were all blended together and inevitably gave strong influences to almost every aspect of lifestyle, including fashion and hairstyles.

Women wanted to break free from everything that felt limiting, so they decided that excessive hair teasing and hairspray were dead to them.

Just remember that teasing and hairspray were the king and queen of the ’60s! And don’t forget men also started to grow mustaches and beards. Now we think it’s just trendy, but back then this was really revolutionary. 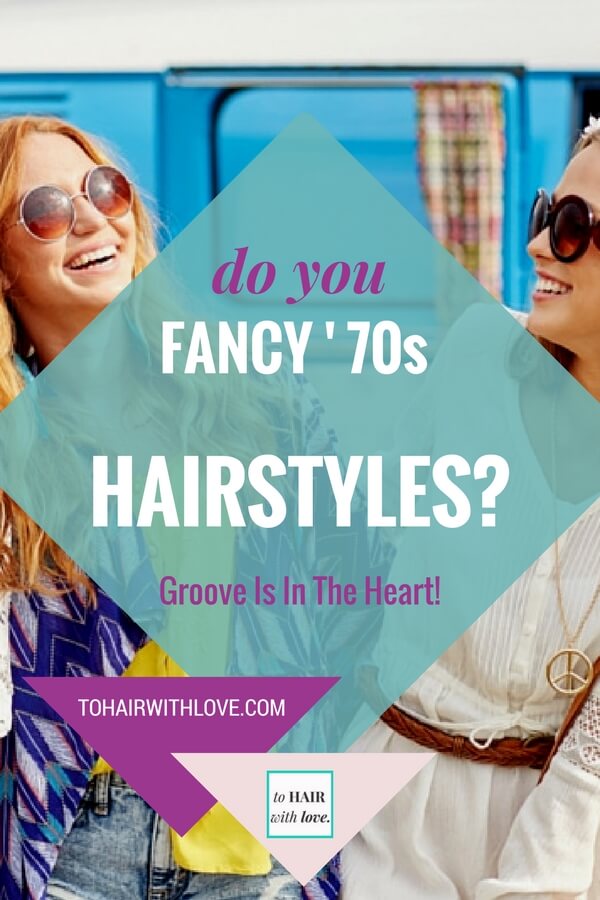 The ’70s hairstyles expressed a lifestyle of freedom & rebel.

People, especially women, wanted to project themselves as independent, happy and carefree personas.

During the late ’60s and early ’70s the Flower Power movement emerged from the opposition to the Vietnam War. Their protests were defined by their non-violence ideology and expressed their passive resistance.

Can anyone ever forget John Lennon’s song “Give peace a chance” ?

They fought against oppressive laws and sexism, demanded social equality and free access to legal abortion. Feminism reached more women than ever before. They even succeeded in surpassing men in college enrollment at the end of the ’70s! 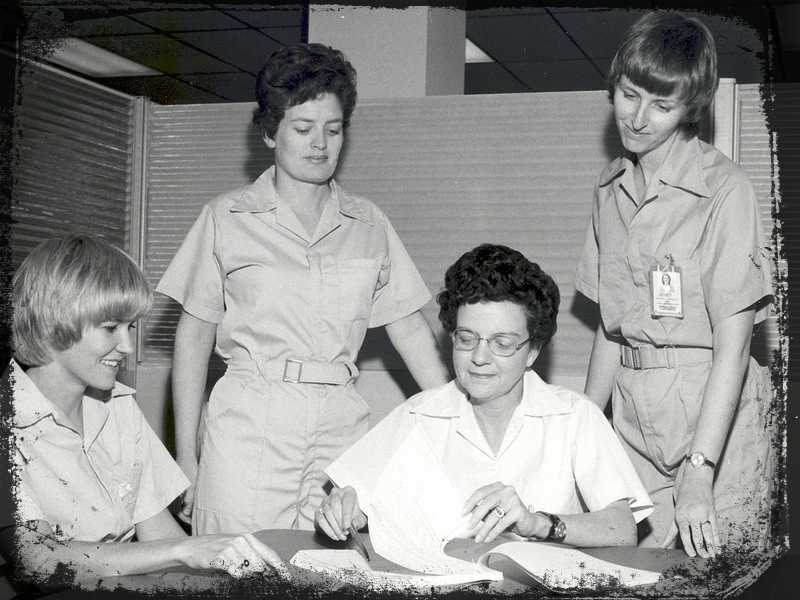 November 13, 1974 – This is the first all-female NASA crew of scientific experimenters. We can definitely understand how the feminist movement, women taking high positions professionally and having short hair, were all connected at that time!

By the 1970s, the world was entering for good the hippies’ bohemian era. The more structured hairstyles of the 1960s were left aside and a more natural way of styling the hair was considered sexy.

The hippy look had its influence on most ’70s hairstyles!

The ’70s was the era of hippy long hair, either straight and sleek or in a slightly wavy natural look, disco afro curly hair or feathered flips and rock androgynous haircuts. The hairdryer was the master tool to achieve the styling techniques of the hairstyles or that period (and an iron for clothes….!)

Although 1970s was the era of the disco wedge, glam rock, afro curly styles and feathered flip, the hippie influences were much stronger, thereby many women let their hair grow naturally. They also used many accessories like headbands, scarves, flowers, boho jewels and hats.

Do you love the ’70s looks or do you find them bizarre and unappealing? Have you tried any of these hairstyles?

To You With Love.

I am deeply and profoundly passionate for learning, writing and sharing my knowledge. My other passion (…obsession!) is beautiful hair. I love seeing lovely women around me having divine and admirable hair. I take hair care seriously but not out of vanity. Hair is not only beauty, is health also. A positive mindset plus a healthy body can result in beautiful hair. 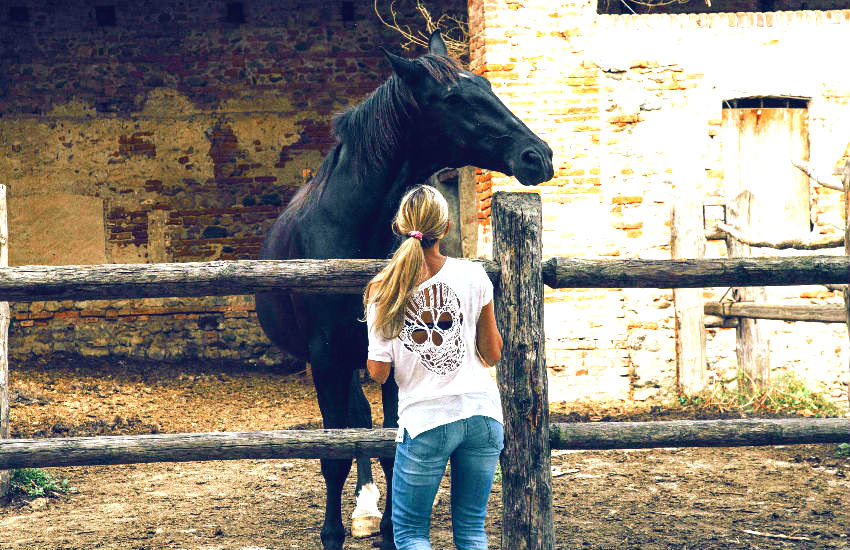 Previous post
What Is Coarse Hair? How To Determine If You Have It
Next post
Have You Ever Used This Hair Dye? This is my experience! 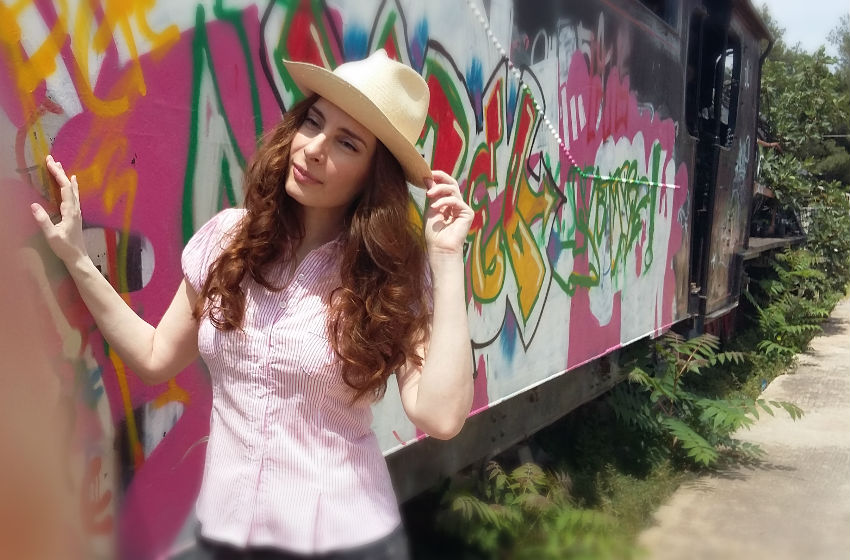 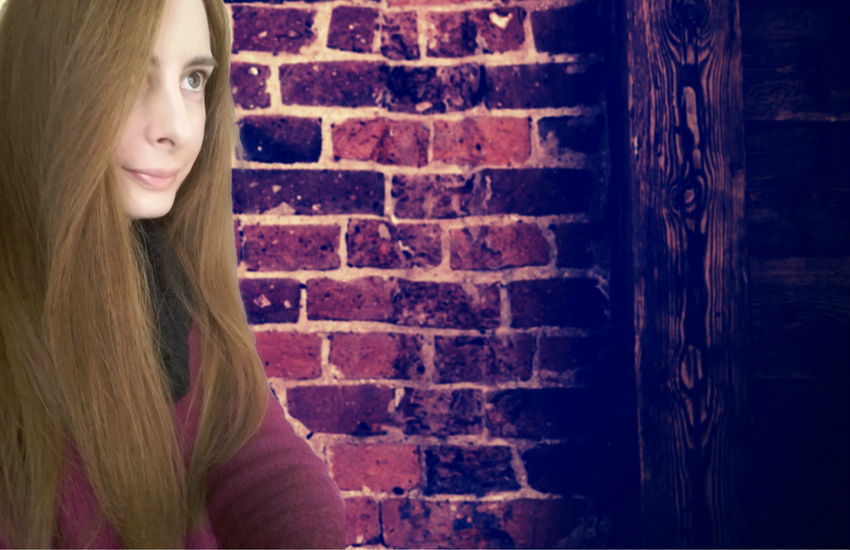 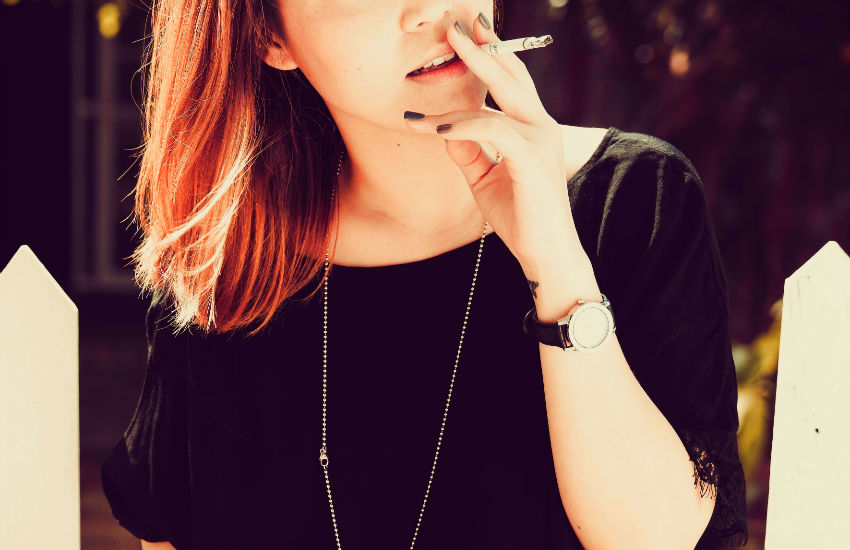 4 Most Harmful Smoking Effects On Hair! This Is What I Found Out! 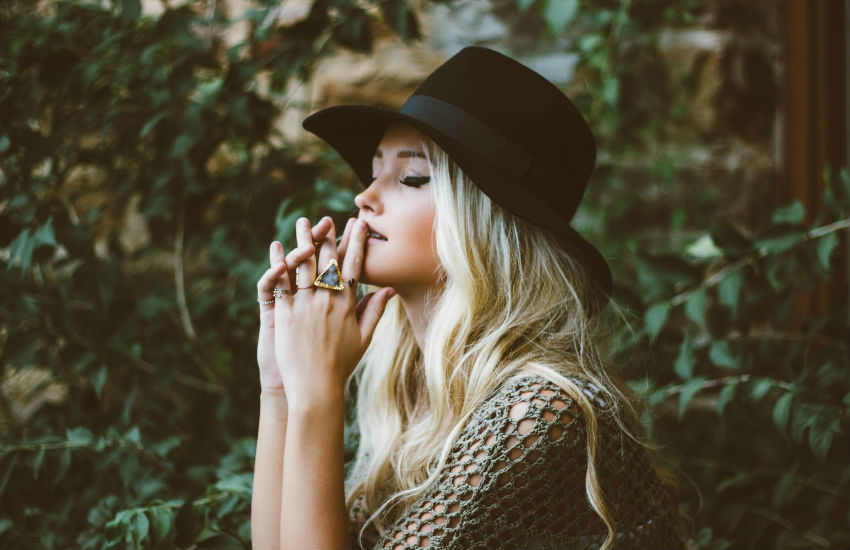 This Is What Happens When Dealing With Blonde Hair Stereotypes! 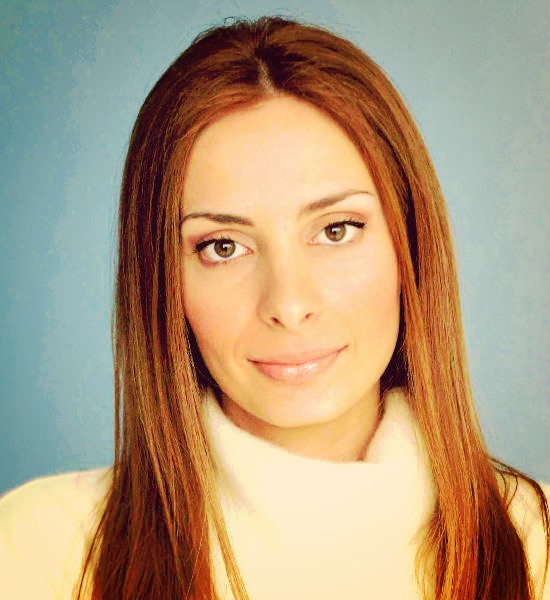 Hello! I'm Trinity and I'm super excited you're here. Welcome to my home! Do you want beautiful & healthy hair? Perfect! Come on in. I'd love your company on this journey! You can find out more about me and how this blog came to life here. 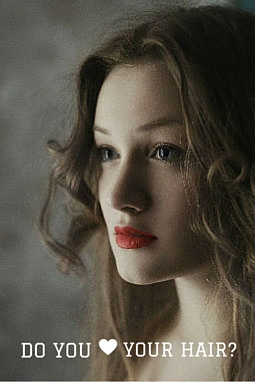 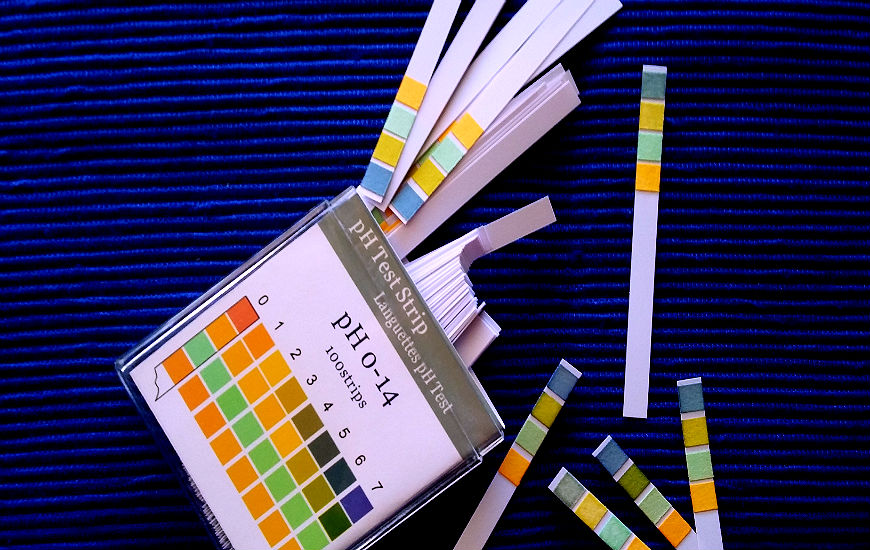 Searching For The Best Shampoo? Is pH Factor Important After All?
The search for the best shampoo never ends and marketing “helps” a great deal to keep that search alive. Beloved celebrities, amazing actresses and gorgeous models appear on your screen promoting shampoos that promise to make your hair nothing less than perfect! Then you rush off and buy the shampoo that caught your attention, thinking you finally found the one! And usually, disappointment comes along.
View Post 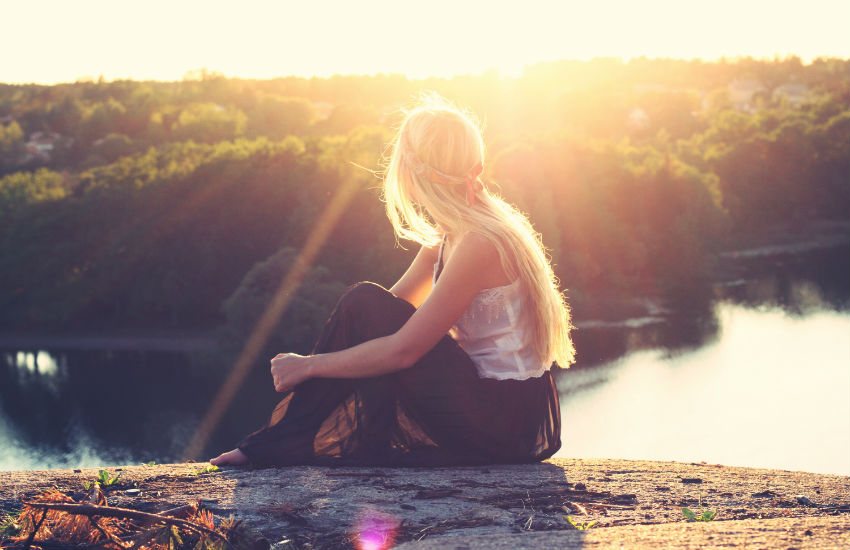 Why This Magical Natural Moisturizer Is Like Genie In A Bottle!
I just have to share with you my latest magical natural moisturizer discovery. I like to experiment with different hair products but I also make my own home remedies. Easy homemade natural moisturizer for soft & shiny hair. Let the story begin! It all started three weeks ago. I washed my hair but I didn’t have the time (and the mood) to style it at all.
View Post
Free Guide: "15 Do's When Having Pre-Shampoo Hair Treatment".Your hair will love you to the moon and back!

I respect your privacy and I hate spam too.
})(jQuery)